The Petroleum-Gas University of Ploiesti Bulletin, Economic Sciences Series, has been published under this title starting 1998, with a quarterly publication starting 2003. Since 2006 it has been published under a new concept and layout, as the published articles (and their abstracts) are published in foreign languages, while the scientific requirements have improved.
The issuing organisation of the Petroleum-Gas University of Ploiesti Bulletin, Economic Sciences Series has gained national and international recognition, being awarded in 2007 the status of ”highly reliable university” as a result of ARACIS institutional assessment.
With a view to increasing the scientific content, the editorial board has acquired new members, famous national and international specialists from the following institutions: Romanian Academy, the National Institute for Economic Research – Romanian Academy Bucharest, the National Institute of Statistics, PARIS XII University, The Institute of Agricultural Economy from Belgrade, The Academy of Economic Studies from Moldavia, The Academy of Economic Studies from Bucharest etc.
The review’s topics of interest has continuously adapted according to the requirements concerning the diversification of the domains of scientific research. Since 2007 the topics have covered issues related to the demands and exigencies that resulted from Romania’s integration into the European Union, together with other approaches of the regional, national and international economic life.
In the last few years, the Bulletin has published the papers and studies of both national and international specialists from research institutes, universities, central and local organisations, trade companies especially from the productive domain.
Our publication is included in a network of interlibrary exchange, being sent to national and abroad universities which include economic profile faculties.
Since 2007, as a result of specific evaluation procedures, the Petroleum-Gas University of Ploiesti Bulletin, Economic Sciences Series has been included in the B+ category by the National University Research Council (currently the National Research Council), thus becoming a recognized publication at national level.
Since 2008, as a result of the specific procedure for initiating the indexing in relevant  international databases, our scientific publication has been included in the famous international database of economic studies – EconLit (www.econlit.org/journal_list.html), since January 2009 in the Directory of Open Access Journals (DOAJ, http://www.doaj.org/doaj?func=byTitle&hybrid=&query=E&uiLanguage=en ), and since March 2009 in EBSCO (EBSCOhost database, http://www.ebscohost.com/titleLists/a9h-journals ). At present, the publication is also included in other international databases: ICAAP, CABELL’S Directories, Ulrich’s and Index Copernicus.
This kind of recognition reflects the scientific level of the publication but in the same time calls upon ongoing efforts to meet scientific quality exigencies. Against this background, the journal has increasingly gained recognition from the national scientific community, and it continuously aspires to increase its international visibility.
In 2007 the Web site of the Petroleum-Gas University of Ploiesti Bulletin (www.bulletin.upg-ploiesti.ro) was created (and subsequently improved), providing information such as topics included, authors and reviewers’ guides, members of the editorial and scientific board, identification and contact data, the journal’s archive (providing free access) from 2006 until the current issue.
The journal represents the result of a rigorous review procedure of the articles by a scientific committee which includes specialists and personalities from numerous national and international scientific institutions.
From 2012, our scientific publication has acquired a new name (Economic Insights – Trends and Challenges), as a necessary step in the context of increasing relevance of indexing in internationally recognized databases for scientific publications, emphasizing the need for the journal to be represented by a more relevant title in relation to its approach and field of interest.
Our future aim is to maintain the quality standards, to increase the international visibility of the journal and to cooperate with international institutions and universities by publication dissemination and exchange and by increasing the number of articles written by foreign authors. 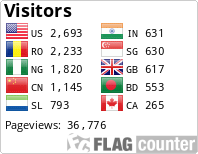